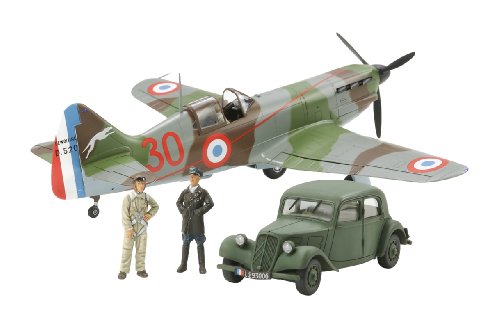 1/48 Scale. Flaps can be depicted in either up or down position. Radiator flap and canopy can be depicted in either open or closed position. 3 kinds of decals included to depict the aircraft piloted by French aces Second-Lieutenant Pierre Le Gloan, Adjudant-Chef Denis Ponteins, and Adjudant-Chef Colonel Bouton. Comes with a 1/48 scale Citro?n Traction 11CV Staff Car to allow instant diorama creation straight from the box. Comes with 1 seated pilot figure as well as 1 standing pilot and officer figures (total of 3 figures). Wingspan 8.4″