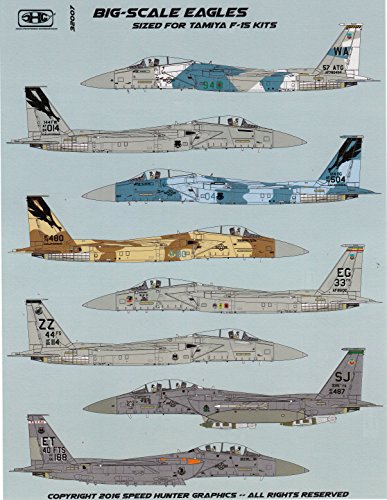 Sized for the relatively-ignored Tamiya F-15, this 1/32 sheet includes options for one of eight Eagles. Stencils are included for one F-15C and one F-15E, so two jets can be built from this single sheet.

Other markings include decals for ejection seats and targeting pods