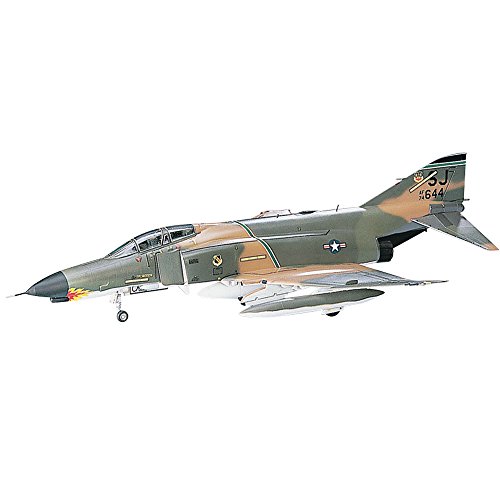 The McDonnel Douglas F-4E Phantom II, developed from the F-4C/D, is the first Phantom to carry a 20mm Vulcan Cannon as the fixed armament. Wing leading edge air combat slats have been adopted from the Block 48 aircraft to improve combat agility. The ARN-101 Mod Antenna on top of…